Google Glass is the most technically advanced product of Google. Producer has provided equipment in its latest Android system, 5 megapixel camera, 16 GB of built-in memory and a screen resolution of 640x320, what is more, the whole has to weigh only 50 grams. To transmit video signals will be used a bone conduction of sound. The vibrating mechanism in contact with the head and replace the handset will hear your both ambient sounds and notification devices.

The aim of the collaboration between Google and Ray-Ban® are frames similar to ordinary glasses, so that they encourage more customers to use this Google invention. Planned to start selling the Google Glass glasses in the USA already at the end of 2014 in selected stores, with the Ray-Ban® offer. Distribution in Warsaw has not been confirmed yet. 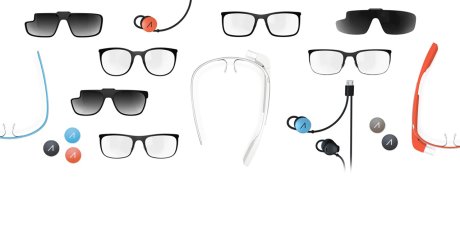